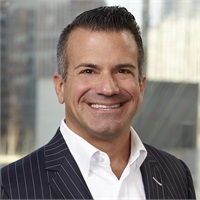 As Lakeshore Financial Group’s Managing Partner, Ryan Moratti is highly respected for his loyalty, honesty and demonstration of hard work. What this means to you is Ryan will use every resource he has to help you and your clients have a productive experience. Through his organic approach to leadership, Ryan is open to input and not afraid to try new things. Under his direction, Lakeshore has become a firm that not only is committed to giving back to the community, but follows through on it with four sponsored Giveback Programs each year.

Ryan studied Business Administration and Finance at Valparaiso University. His career began in 1996 at Mutual of New York and continued when he joined MetLife in 1999. Ryan achieved Million Dollar Round Table twice, was honored as Sales Manager of the Year in 2011, and was presented with the industry’s Brian H. Early Award for Excellence and Outstanding Leadership in 2012.

In 2016, he became a General Agent for National Life and launched Lakeshore Financial Group. While growing the firm from 13 to 56 associates, he received the 2017 Pride Award (voted by his peers), the Clyde Wellman Award (for recruiting, retention and production) and Agency Building Awards in 2017, 2019 and 2020. The real benefit in working with Ryan is being surrounded by a team that fosters excellence and motivation.

Ryan resides in Elmhurst with his wife and two daughters. He enjoys cooking, hunting, fishing and most outdoor activities and has a special commitment to organizations such as GiGi’s Playhouse, that serves the Down Syndrome community.

Ryan Moratti is a Registered Representative of Equity Services, Inc. and offers securities in the following states: Illinois, Florida, and Minnesota. Ryan is insurance licensed in Illinois.

*Membership and awards are based on sales criteria.